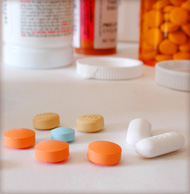 Saturday, Oct. 26, is the 7th annual National Prescription Drug Take-Back Day, which aims to provide a safe, convenient, and responsible means of disposing of prescription drugs, while also educating the public about the potential for abuse of medications.

The free and anonymous service will be available at thousands of locations across the United States, with collection sites open from 10 a.m. to 2 p.m. local time, the U.S. Drug Enforcement Administration (DEA) said in a news release.

As parents, we don’t want to believe our children would misuse or abuse prescription drugs, but the statistics are troubling.

Information released last spring by the Partnership Attitude Tracking Study (PATS) indicates that misuse and abuse of prescription drugs is a new “normal” among teens. Among the findings:

Studies show that most abused prescription drugs are obtained from family and friends, including those taken from home medicine cabinets. That’s why it’s so important to talk to children (ours and anyone else’s who will listen) about the danger of abusing prescription and over-the-counter medicines.

How can you communicate this information to your teen? Here are some suggestions from New York State Department of Health:

Set an example. Use drugs as the doctor intended. Don’t medicate today’s headache or sore muscles with a prescription drug medication your doctor gave you after last year’s surgery. Use OTC medicines according to packaged instructions or your doctor’s recommendations.

Connect with your kids. Stay involved with your kids’ lives as they go through middle school and into high school. Use part of your daily conversation to talk honestly about prescription and OTC drug abuse. Know the facts – clear up wrong information, but don’t make it all a lecture. Listen to your children’s questions and comments about their drug topics of concern.

Help your child make good decisions. Your child is more likely to be offered drugs by a friend than a stranger, and exposure to drugs can begin as early as age 12. Talk with your child and empower them to make good choices and not be afraid to stand up for what they know is right. Remind your child that a real friend won’t care if he or she makes the right choice and decides not to abuse these medications.

Take action. Inventory your medicine cabinets, kitchen cabinets, bureau tops or anywhere you may store medicines. If necessary, monitor the pill quantities and medicine levels in your prescription and OTC drug containers. Put drugs away out of sight. If you currently need medication, put it in a place where you can get to it easily but where your child is unlikely to look. If drugs in your house are left over from a previous condition, dispose of them as soon as possible in a safe and effective way.

Ask friends and family to safeguard their prescription drugs as well. Make sure your friends and relatives, especially grandparents, know the risks, too.