A good start at learning pays dividends toward graduation 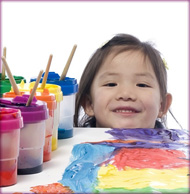 Parents don’t usually look at their preschooler and think about high school graduation. But evidence connecting early education and eventual graduation might have you squinting to picture your child in a cap and gown.

Giving a child a running start at their school career seems to be the key to success. Most educators agree that ensuring children are ready for kindergarten – by way of early learning programs – is the best way to lay a solid foundation.

A recent study suggests that children who do not attend preschool are 25 percent more likely to drop out of school.

Debbie Gentile, who retired last year as a pre-k teacher from South Colonie Central School District after more than 30 years in education, says preschool and pre-k programs* help level the playing field for early learners. She said South Colonie has long made pre-k a priority, which may be reflected in its 90 percent graduation rate.

Gentile said that while children would enter her class at all different skill levels, the goal was to have them leave with all the tools – and the self-confidence that came with developing those tools – they needed to jump into kindergarten. “Kids should leave pre-k believing in themselves,” Gentile said.

While pre-school and pre-k programs emphasize literacy, parents can play a significant role in establishing a love for language.

“Get your kids into books from the time they are teeny-tiny,” Gentile said. “The kids who are involved in books and love books love school the most.”

A love of learning is one of the greatest attributes of someone who’s going to be successful in their school career, she said.