Hail to the Chief

Each year, we commemorate our presidents on the third Monday in February – aptly known as Presidents’ Day.

Presidents’ Day can sort of get lost in the midst of winter break. Kids tend to view it as just another day off, and they may be thinking more about late-night sleepovers, sleeping in and hanging out with friends than expanding their intellectual horizons.

While education may be the furthest thing from your child’s mind this week, Presidents’ Day provides an opportunity to incorporate some learning. Think of it as a conversation starter with your hard-to-talk-to tween. Or another reason for them to roll their eyes at you.

We noticed our calendar indicates Monday is also Family Day in certain parts of Canada, so with a nod to our neighbors to the north, we’ve gathered a few facts to share during some family time this week. 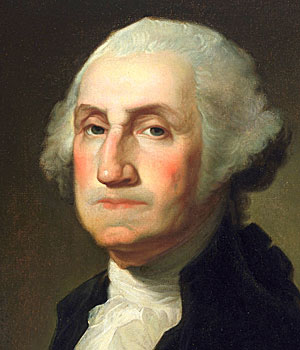 The day was officially intended to honor George Washington. People began celebrating George Washington’s life and service during his final year as president, so the acknowledgement of our first president dates back to 1796. Due to changes in the calendar, there was some confusion about the actual date of Washington’s birthday (link to Time story), but folks finally settled on Feb. 22 as the official date to annually laud our most well-known founding father. The tradition carried on for about 90 years until Congress enacted a law in 1880, making Washington the first person to be honored by a federal holiday.

Fast forward another nearly 90 years to 1968, when Congress enacted the Uniform Monday Holiday Bill. The law made it so a handful of holidays always fall on a Monday, and Washington’s birthday was moved to the third Monday in February. Debate on that bill led to a discussion to change the name of Washington’s birthday to Presidents’ Day in order to honor the Feb. 12 birthday of Abraham Lincoln.

Folks were fine with the concept, but it was never officially changed, and it’s still on the books as Washington’s Birthday. Popular reference to the day as Presidents’ Day can likely be credited to retail businesses that latched onto the concept as a marketing tool. (Think Presidents’ Day auto sales.)

There are lots of fun facts to learn about our presidents. We’ve included some here, as well as links to other information.

For more information on our presidents and Presidents’ Day: